"I PAINTED MYSELF OUT OF MY PAINTING."
-Milton Resnick


Milton Resnick painted himself out of the picture. To paraphrase his famous quote. It has a lot of meanings. Long story short. 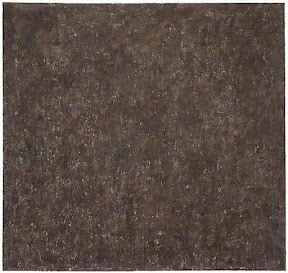 Like his paintings those meanings are, among other things, layered, inscrutable, crusty, thick, severe, and ambiguous. 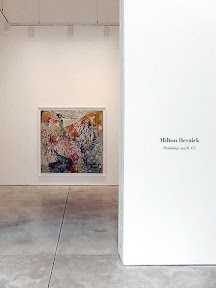 Pollock was in his pictures. De Kooning was in his pictures. Maybe you couldn't see it, but you could definitely feel it. I would argue that the same is true of Resnick's paintings, although I think that what he was trying to say was that he removed himself from his paintings, that they were something other than him, not just about or of something other than him.

Ultimately there is something of a great paradox at work here. By removing himself from his paintings they became suffocatingly him, every fiber, ever brush stroke, every breath of air. 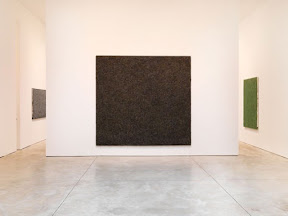 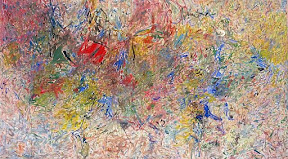 Monet's Water Lilies. He isn't in them but you can't separate them. He owns them. Anyone else who tries to paint them has to pay a toll. 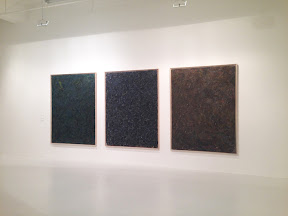 There is the artist's presence. But there is also this other thing. Ego. Pride, if we go pre-Freudian. I think Resnick was indeed talking about the latter. Painting his ego out of the painting. The I. But also the pride and even the presence. 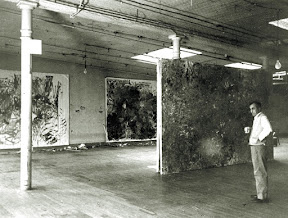 Again, I would argue that if he said, show me where I am, show me a single mark, find me, I dare you, I would say, you are everywhere. 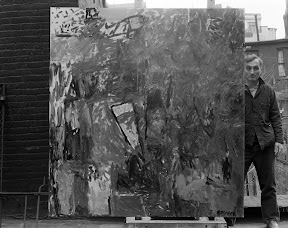 He was the man behind the curtain. That as much as he made his paintings about all things, about even God, it was according to him, his all things, his God. His work is that powerful. Milton Resnick gave us these vast, numinous paintings like gardens or night skies or deserts where we could lose ourselves. That blanketed us in something greater than ourselves, that dwarfed us, even removed us, someplace where we weren't just insignificant, but where there was no reflection looking back at us. So you see, in a way he didn't just paint himself out of his work, but us too. Maybe we didn't like that. 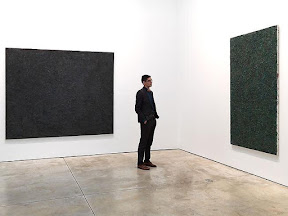 The other picture that he was talking about of course was the art scene, the art world, of the 50s and 60s and 70s and 80s, his time, his moment, where what was prized and fashionable and celebrated, and on everyone's lips, and minds, and walls was not him, not the great painter. Not the household name like 50s Cedar Bar mates Pollock and de Kooning. 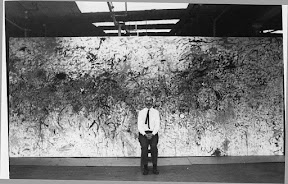 Those people just weren't drawn to him in that way. Which may explain why he tried to paint himself out of his paintings. That way, even if those people didn't like him, they might still like his work. 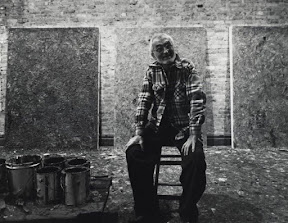 In his later years he softened just a bit. He put himself and us back into his paintings. It is hard to know what if anything we can make of this or learn from it. Maybe some things are more important than being great or famous. Maybe that is how you really paint your self out of your paintings. 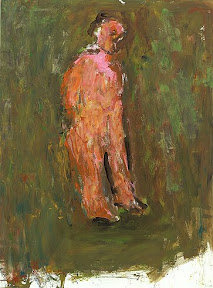 ciao addison,
thanks a lot... i have to say i really love resnick (obviously) ---and i love your discurse....how much is it him?! to be or not to be.
Katrin Grote-Baker