Martin Mugar and the Feminine Aesthetic 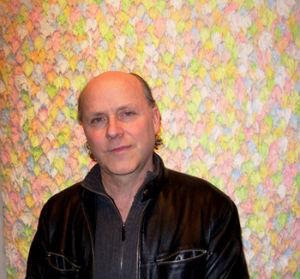 Martin Mugar grew up with three sisters, and a mother who encouraged him to be an artist. You could say that he was surrounded by the feminine aesthetic. It has always informed his work, and it informs it still. Even while at Yale, that bastion of male narcissism, it was a visiting painter, Joan Snyder, and not the entrenched monolith Al Held, that made a lasting impression on him. 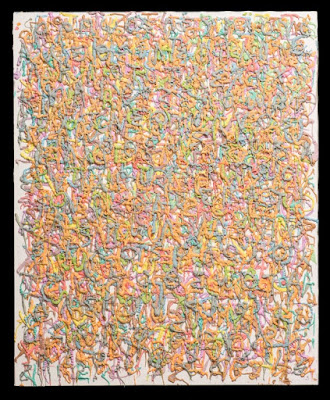 What am I taking about? Right at this moment we are faced with a choice between a man who says only he can fix it and a woman who practically coined the phrase "it takes a village." 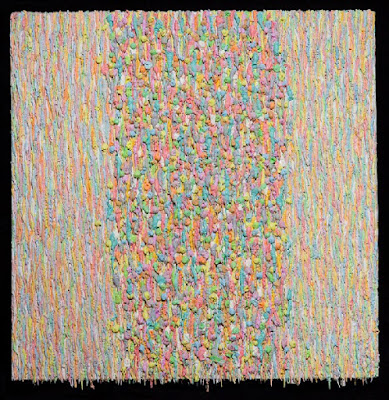 Martin Mugar's work is not about him. It is about something else. He is not there in his paintings. There is no there there in his paintings. There is no fist at its heart that was Picasso or Pollock or de Kooning, or even Held for that matter. Martin Mugar gives us a place to go. A sanctuary. The kind of sanctuary his mother and sisters gave him. His paintings are all light and spirit and space. I once called them his daughter's box of butterflies. Call it love. Call it nurture. Call it nature. 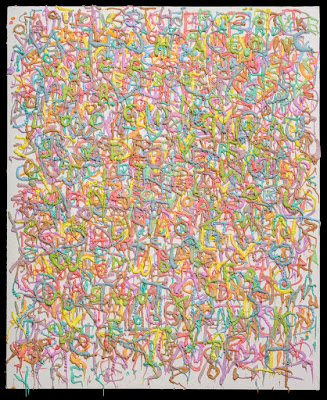 Martin Mugar's mother had a piece of land in New Hampshire. It didn't do anything. It was just there. A place to go. A place to be in touch with something that the real world of our fathers could never fathom, never touch. A special place. And that's what his paintings are. 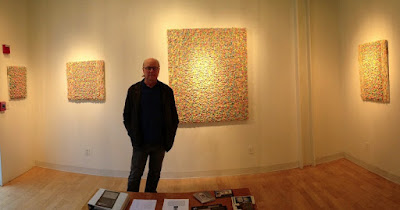 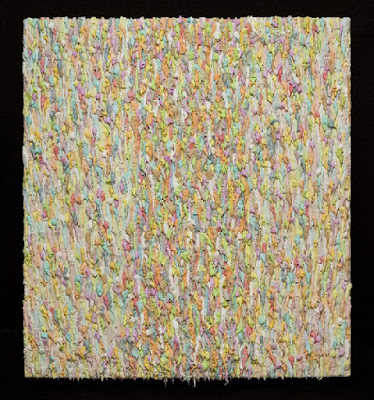 Posted by Addison Parks at 3:38 PM