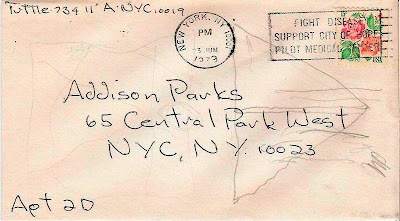 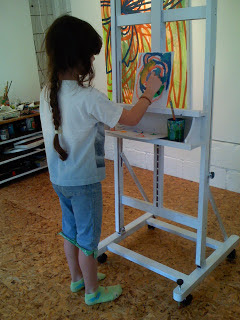 Recently someone asked me why I don't teach my children "art." I was after all, they argued, an excellent art teacher at some top schools on and off for over twenty years. My last teaching stint was at RISD in the Foundation program a dozen years ago, and I quit to be with my family when my second oldest was born.

I've written before about the greatest lesson I learned as a teacher: how important it was to embrace the notion that you can lead a horse to water but can't make it drink. When I was a young teacher I assumed that it was my job to get the horse to drink. My oldest helped me as much as anyone to let go of that assumption. He is now a painter and getting his masters at Columbia, and if I had tried to teach him anything he would be in banking.

These days I have taken this idea of "preserving the horse's right to drink when it feels like it" a step further; let the horse find his own way to the water! Or not! I tried to explain this to my friend. Yes, I have always shared the belief that you can't teach art, and was a teacher only to preserve this freedom. Which was why I quit teaching when I did; because I was uncomfortable with the charade. But now I really believe it. No way you can teach art, no way, and the very idea is offensive.

So of course this person asked me "then why art school?" I answered, "simple, art school gives you a chance to be doing the thing you love to do without worrying about the real world, and it allows you to be surrounded by people who care about what you care about."

No one learns anything in art school. Anything of value at any rate. At least not directly as a result of teaching. They learn by doing, by accident, by example. You can't teach that.

It always kills me when people talk about outsider and self-taught artists. Everybody is self-taught when it comes to art. Encouragement is the only thing that can make a difference, frankly. I got a lot of encouragement as a young artist, but I never learned anything from a teacher, not from Severini, not from Exeter, not from RISD, not from Richard Tuttle or Charles Seliger or Leon Polk Smith. Yes, they all encouraged me. Some wise person once referred to teaching as passing the poison. Truer words were never spoken. I spent two years detoxing when I got out of RISD. I was lucky, though, because I kept painting(the other day someone told me 1 in 10 kept at it after RISD). Nonetheless I'm sure I have poison in me still.

Who knows where art happens? And that is the beauty of it; no one.