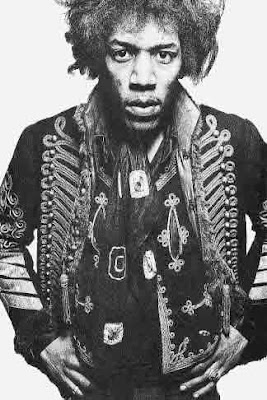 A few months ago someone who worked for the Obama campaign pointed out in answer to a query on foreign policy that the candidate had taken a course on the very subject in college. The interviewer laughed, and rightly so. The interviewee was offended. Life is strange.

I laughed too, of course, because my immediate thought was that maybe the person who taught the class might be more qualified to run for office. Then of course the little voice in my head said: those who can't do, teach, and then I was back where I started.

Experience does matter. I come from that school. The Jimi Hendrix are-you-experienced school. Experience is everything!

But wait, there's more. Apparently dyslexia is a "condition" that separates those who are more comfortable with hands-on(read: true life experience) with those who prefer the theoretical(read: fantasy). And the theoreticians want to call the shots!

After reading about dyslexia it turns out I'm their poster child, and, apparently so is George Bush. What is comforting, and not surprising, is that dyslexia experts and specialists disagree, violently. Gee, didn't see that coming.

Not entirely unrelated is the whole concept of reading. My wife is a very fast reader. I'm not. She was instructed in reading. I was not. They told her that speed was everything. They told her to just keep reading even when she didn't understand what she read. She was taught to read down the center of the page, every fourth word, that kind of stuff. Who are these people? If I don't understand something I don't move on until I get it. I will read something over and over until it sinks in. I don't care if it is poetry, philosophy, or instructions for operating a band saw. I read for content, comprehension, and results! I've always been fascinated by how my wife has nothing to say about the four hundred page novel she just ripped through. If I only read the first page of a book I can tell you about it. But apparently I'm dyslexic.

I love how everything is a condition. Apparently we're not just different. Apparently there is an ideal, a perfect model, and the rest of us are deviants. Sounds vaguely familiar, doesn't it? Hitler! I always love it when you find out that these perfect models were the real deviants: males judges wearing women's underwear under their fancy robes. It was like the dysfunctional craze; turned out we were all dysfunctional.

Apparently art is the big tent for everyone that doesn't fit it. Welcome on board! Crazy isn't it(we're going crazy; want to come along)? John Lennon sang about it. Herbert Read wrote about it. Carl Jung even made it seem normal. Then again, it's all a Catch 22, no? Hobson's Choice, or Morton's Fork. We're either psychotic or normal-neurotic. One kind of dilemma or another. Take your pick.

I talked to an artist not long ago who was doing an exhibition about the war in Iraq.I can't remember his name. Harvard and Yale ties I think, which should apparently be enough. I said, oh, wow, have you been over there? He said no. He didn't think that that was important. I wondered aloud what he possible had to offer on the subject. Needless to say I was not convinced. Sex from nuns. Who are these people?
PS I was inspired to write this in the heat of the primaries. Now I'm inspired to add something. Do I support Obama? Whole heartedly!
So what changed? McCain is a pilot after all. He has some experience flying a plane(and being shot down!). What about Obama? Well, Obama is my vote. Just one vote. We all get one. You have yours. I believe that there are other questions where the pilot is concerned, and I have been forced to consider these.
For starters, where is this pilot taking this plane? Not a bad question. How will he get us there? What kind of judgments will he make? How will he handle the inevitable surprises and challenges? Etc. Obama is exceptional, and I believe this. That makes him the exception that proves the rule. I don't think we can afford to ignore this. To not consider the exception is to ignore the opportunities that are put before us. To not consider the exception is to turn our backs on hope!
So in the end it isn't even who's flying the plane, but where it's going!  The experience thing is very reasonable, and I believe that; but sometimes we have to go beyond that. We have to go with a gut feeling. My gut feelings have served me very well, so I trust them. My gut tells me Obama will fly our plane where we need to go, have to go, but also to someplace new and positive-- someplace that will restore the potential that is ALL our lives!
Posted by Addison Parks at 11:18 AM 1 comment: 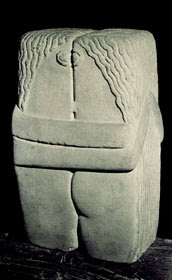 Yes is the price of admission. An artist is just someone with a yes for making magic alchemically. And it isn't about the magic object but the magic experience, and we accept the object as a vessel for that. ALL the artist has to do is say yes and then, even harder, keep saying it. It doesn't matter what anyone else says. We know that, but it's still hard, like turning the other cheek.

Making art is kissing back. Not kicking back. Sometimes we are confused. Kiss back. Kiss back even when it feels like life isn't kissing. Just kiss for kiss sake!
Posted by Addison Parks at 10:21 AM No comments: