Nobody Needs To Be Somebody 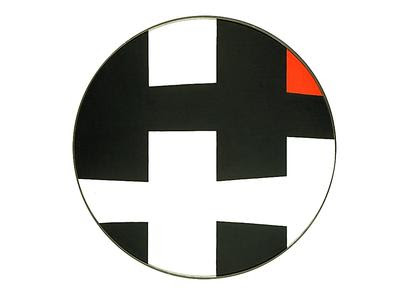 Like I always say, I’m not too sure about my take on this, but last week TWO artists in different situations within an hour of each other told me the same thing: that they couldn’t deal with not being somebodies.

Now you hear this all the time from artists in some form or another, but always more disguised. These two both used the same word: SOMEBODY! I don’t know if this is the result of having Paris Hilton go to jail and having to hear about it; that it got in the water supply somehow. I don’t know. But for two people who don’t know each other to use the same language to express the same lament within minutes of each other is amazing to me. I am sure my head must have rocked when the second person said it. And I wasn’t in Hollywood or New York, mind you; I was in Harvard Square!

In both cases I did my usual: careful what you wish for; be lucky you’re a nobody; you’re free. Clearly they didn’t feel that way, and in no way appreciated my attempt to comfort them. THEY weren't free; they were PRISONERS OF NOBODY!

I heard that there is actually some jerk out there that wrote a book criticising Mr Rogers for telling kids they were special. Apparently the saint of kid tv should have been teaching them to work harder! Work for whom? Him? So we can dominate the global economy? Whoever you are I hope you get kidnapped into slavery making running shoes twenty hours a day in China. That should teach you about hard work and not feeling special and liking it.

On the other hand, paradoxically, NOBODY NEEDS TO BE SOMEBODY! Of course nobody doesn’t need to be somebody. I’m sure Mr Rogers would say just be yourself, and be happy to be yourself, and don’t look over the fence for greener grass. It is not going to make you a better artist, or a better person, that’s for sure. Just leave your campsite a little nicer. I loved that Fran Leibowitz, in the late 70’s for INTERVIEW magazine, once said that if she was interviewing someone the chances were they weren’t a very nice person. The point being that if they were somebody enough to be worth interviewing, they were a jerk getting there.

Ironically, again, over a dozen years ago the last words I said, blurted, shouted, to my friend the long since dead artist Leon Polk Smith were, unrehearsed and for being mean to my now wife: if you’re not nice, you’re nobody. To which as I was leaving he shouted down the corridor: then I’m nobody. To his credit. Of course I didn’t mean it that way. What I might have said was that the very least you might be in this world is kind.

Leon was just being himself, none the less. Did he fret about being somebody sometimes? Absolutely, and it could be scary. He thought that he had been denied the greatness he deserved by people who had stolen from him. He thought that Elsworth Kelley and many others had ripped him off and gotten the glory.

What was funny about that was that anyone who knew Leon admired him and could have cared less about that stuff. They liked him for him, not for being somebody. I did. I was glad to know him, and I was glad that he was not some big somebody so that I could know him, because he was real. Really real. Authentic, as they say. How he got to be who he was is a fascinating story, and it wasn’t because he went to the right art school, studied with the right people, and knew the right people in the right places. He wasn’t a Motherwell, or a Tuttle, or a Marden. He was the real deal. The real McCoy. Yes, he’s dead now, and I miss the old nobody.
Posted by Addison Parks at 7:01 PM