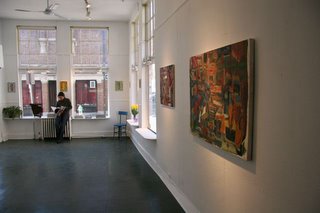 The group, that is any group, family, institution, community, town, government, peer, company, workers, partiers, you name it: the group, they will you tell you that first and foremost the individual "just does what he or she feels like doing(without regard for the group), that he or she is SELFISH.

Most of us accept this as gospel. We might even accept it with shame: "Yes, I am selfish."

We might go a step further and live with that shame and accept that we are bad and that we might never change.

What gets lost in all of this, and I'm probably cutting to this too soon, but feel compelled, is that no one ever questions the group's selfishness. SELFISH. The group is, let's face it, selfish on a LARGE scale, but because it wields the power of the group, it goes unchallenged and unchecked. The only example we have in our entire culture of the negative and selfish nature of the group is when we speak of adolescents and "peer pressure." When we say those words everyone knows what I'm talking about. "Peer pressure" is the most frightening pair of words in the mind/life of a parent. Maybe as scary as the word "war." Scarier.

So if the idea of the group being selfish seems like some paranoid ridiculousness to you, think "peer pressure" and go from there. Think of all the billions of selfish and destructive things the "group" has come up with (individuals don't make war, for example, groups do.) Some of them are the most ridiculous things one could ever imagine. Let's make everyone take two years of say, algebra, so that they can become well versed in the practice of mathematical equations; and then let's make it critical to their future in life that they get it, and if they don't let's relegate them to low-paying jobs in the service industry because, yes, we've made mathematical equations the bar that will decide who moves on and who doesn't. Now tell me how many people you know use algebra in their lives EVER. It tells you what group has selfishly imposed itself on everyone else, and did exactly what it felt like doing.

Where am I going with this? Art. Art has always been tarred as selfish. A selfish act by the selfish individual. Decadent. It does nothing for the team. Useless. The word art has never crossed this president's mind or lips. It serves no purpose in the military industrial complex that is this administration's sole agenda. Art is the voice and will of the individual. The only one, by the way, who will say that the emperor is not wearing a stitch.  It is also easier for the group to justify any means to survive. Any means. It can lie with many mouths. In fact, I don't think we can count on the group for the truth. Too much at stake. The truth is the domain of the individual. Now don't get me wrong. The group does good. It is a given, it is a necessity, it is a reality. Group and individual, individual and group. They gotta get along.

Every young person that considers a life of art is bound to be greeted with a great deal of opposition from every quarter. Some of these greetings will attempt to attack their personal character for the choice they are making. Do I think that it is selfish to be an artist? Obviously the selfishness of the group does nothing to justify selfishness in the individual. What I do think is that we each have a life and that it belongs to us, no matter how much we might owe any group. If a life of art is an individual's choice, then who can argue with that? Art contributes to many peoples lives. I won't say everyone's. That would seem to be enough, however. It takes all kinds to make the world go round. Breadmakers, bridgebuilders, bankers, baseball players, and yes, bass players. We have room for it all. No accusations or recriminations. Go fourth and multiply is fine if you like math, but waxing poetic can outshine the stars.
Posted by Addison Parks at 12:54 PM

wVery often the image of artist as selfish and self indulgent is in in fact the creation of the group.It becomes their antipode and antidote because the group needs to think that someone somewhere there is an individual who can get way with what they could never get away with .Since the group must passively submit to the whim of whatever motivates the group,(group think?)change tack with changing moods and styles of society,they look to the artist as the footdragging badass,the same way Americas white youth who have to submit more and more tests and demands from the group are attracted to gangster rap and hip hop.We had our Westerns where we vicariously imagined ourselves roaming wideopen spaces so different from our little suburban plots.Now we glorify the criminal in a world where the ID reigns supreme and is in constant conflict with others. The art world creates the the self-absorbed,dissolute artist and the collector buys into it.They are selling a product to the rich collector. An alter ego a world that they will never ever get close to except by buying a souvenir from it. So we forget that the best artists were full of gratitude and painfully aware that they were already born into a world of influence and in order to be more than just their neighbourhood,they absorbed the tradition.But if the group wants the artist to be what they cant,to be selfish and self indulgent, then the real artist has to resist that role if they want to have a long and creative life in art.Hey there is always a dealer who will market that persona.How many young artist buy into it and are bought out by the dealers and then cant break out of the role that is imposed on them. The opposite of gratitude is paranoia.Paranoia has the inidividual seeing the other as a threat to their integrity,.I've know a few "borderline personalities" a new term from the psychiatric community that describes paranoids who see everybody else as a problem.Now to shore up their identity such people are told to make themselve less permeable and less influenceable which of course exacerbates the problem.Everything is them or not them,and in the end it is always about them.It is never dynamic where you accept fluid borders,earn to adapt and learn and grow.

So our culture does not want artists full of gratitude but paranoid chaos sowing boderline types.By the way these people are horribly stuck and do not grow.They repeat the same games and get sicker and sicker.They can be very interesting but thier lives are hell. Look to nature it is all about growth and openness.