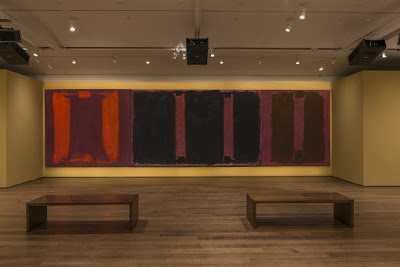 The Fogg Museum at Harvard will be closing its Special Exhibition of its Rothko Murals tomorrow. Seems a shame. It struck me as the highlight of its new incarnation, and something rather special indeed. 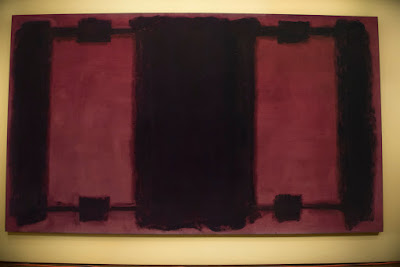 There is no getting around what Mark Rothko was able to conjure up once he established his moody hues, and soft looming rectilinear forms. As almost goofy as these murals are, variations of the letter 'H' cloaked in crimsons (the initial and school color of the institution for which they were commissioned), after over fifty years, their time has come, and old age has made them venerable beyond belief. Rothko seems to have parked himself in Harvard Yard and literally channelled the brick buildings, their shapes and motifs, into painted icons, knights, guardians, scholars, keepers of the flame. Something sacred. Strangely sombre. With a hush about them. Wholey eligiac. 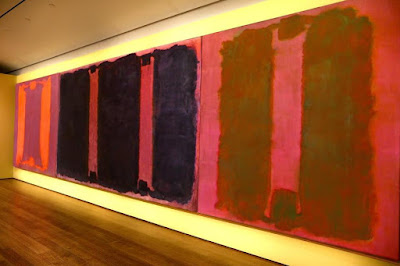 It is not hard to imagine that in their youth these murals might have been good for a hardy collegiate har har, and not much appreciation, but now, with the benefit of a beautiful albeit temporary home, they are positively radiant.


They also bring to mind the Orozco Murals at Dartmouth; admirers travelling from far and wide to make a fuss of what the college hardly knew it had. Harvard has risked doing the same. Raised like Lazarus, this special exhibition deserves a catalogue. A record. Harvard has a shrine on its hands, and like I said, it closes tomorrow. Glad I saw it. A couple of times. Thank you Fogg. Thank you Harvard. Thank you Rothko.