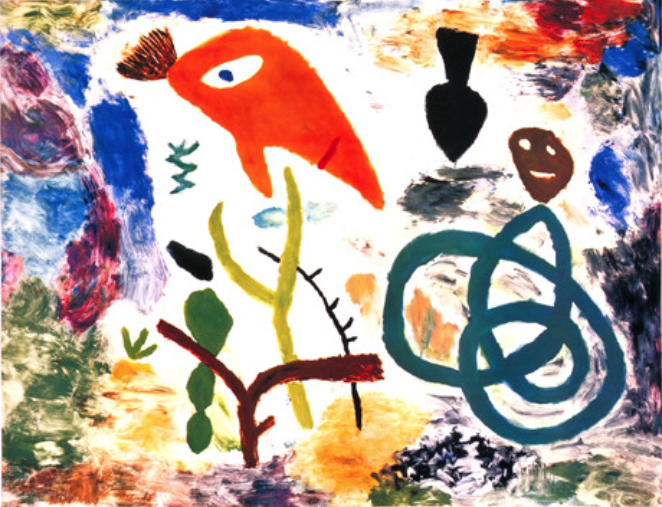 Todd McKie
He showed me his first painting, something which gave him so much pleasure at the age of 10, and gives him pleasure still. It was of a dog sitting in the grass with a tree to its left and a driveway to the right. He said that even though the dog mostly resembled a brown smudge, to him it seemed to be looking down the driveway. Twenty years ago, Todd McKie came to Boston straight from art school and began a career here which by now ranks him as one of Boston's finest and most influential artists. What he does today depends on that same sense of touch, that same sense of beingness alive in a gesture; a smudge.

The word "wonderful" was invented to describe Todd McKie's art. It sparkles like a child's garden on a sunny blue day. It is an innocent vision of life, objects at one, floating among the elements, half dream, half glimpses of a plan. McKie says that they are all characters on a stage, and points out one or two that look lost. Yes, lost in the garden, lost with wonder. Todd McKie makes wonderful images of primary existence, plants, animals, humans, vessels, furniture, fun.

There is something casual about this artist's work, as though it was all about something happening. It is not surprising to hear that he started out doing performance art. The work is almost just a record of some place he is, or goes. The color is so rare it is startling. It has sound. When I see it I hear it, and as if for the very first time. It is that original. I couldn't get over it. Blues, greens, oranges - "smudges" of genius.

On the wall adjacent to the one where his first painting clung to two nails was a bulletin board with a few photographs and drawings pinned to it. The photos were of Jesse, his son and only child who was killed last year. He took down a drawing and showed it to me. It was something Jesse had done of him that was like-spirited in both imagination and humor. The McKies like their humor. Todd's wife, Judy, is a furnituremaker whose work is as wild and playful as her husband's. He says that they share the same inspiration. Then he went over to his stacks and pulled out a watercolor that he and his son had done together when Jesse was 15. Jesse had painted the fish. It was shiny and bright. 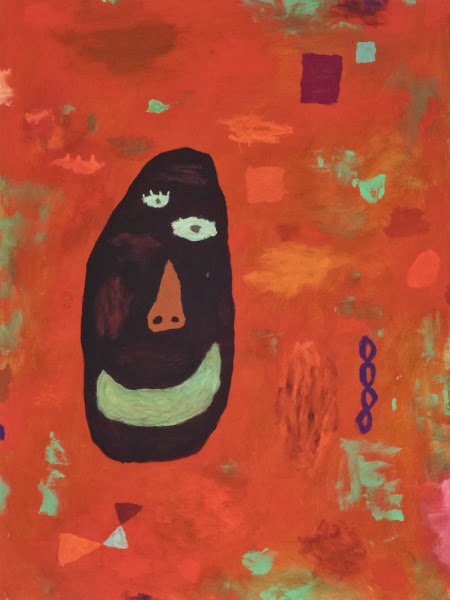 Posted by Addison Parks at 9:51 PM