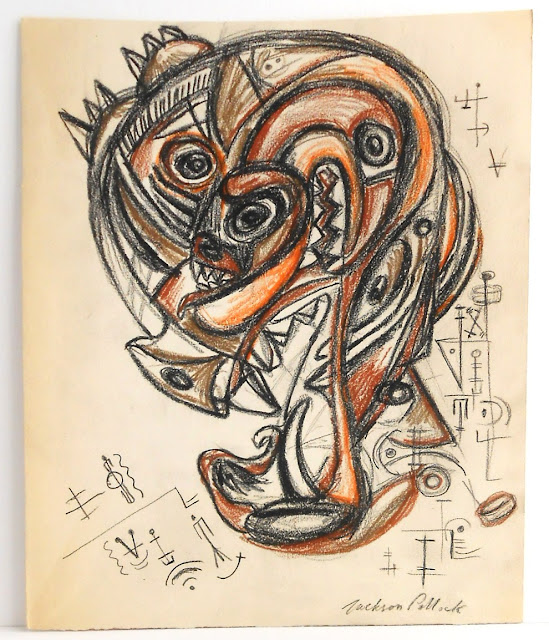 The way I figure it, people are like icebergs, 90% is beneath the surface. The 10% we encounter is something we can handle most of the time, but the other part, the part beneath the surface, can rip a hole in us from bow to stern. Fortunately the only time you're going to really encounter that 90% is through a medium called the arts, or, and this can really test anyone, on a long road trip.

The arts are the domain of the 90%. Painting, music, fiction, film, photography, etc. I recently watched a television show that while patchy, really plumbed some of the deep stuff, which was intriguing and surprising. The show, Da Vinci's Demons, is on some levels, crap, but in other ways it manages to really go off the charts in a way that gets under your skin and under the surface. It makes good use of surrealism and collage/montage/assemblage to stir up the unconscious, to strike at places dreams can only touch us.

The show pushes every boundary and button in ways that at once seem gratuitous and yet also strip life bare. It also has moments of illumination and poetry, like when Lorenzo rather eloquently appeals to Spain for her business, or puts on a performance of Boccaccio's Decameron to show off Florence.

Da Vinci is at his best as the inventor and free spirit, who like a dolphin racing against the bow of a ship, stitches his way through life arcing above and beneath the surface in a perfect arpeggio. The great thing about the show is that it follows da Vinci's lead as it takes us below the surface, into that 90%, back up for air, and then plunges us right back in.
More about the 90% to come.

Posted by Addison Parks at 5:35 PM