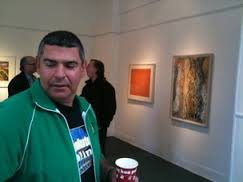 Some 30 years ago postmodernism rose from modernism's ashes and Larry Deyab was its perfect child. These three large unstretched canvasses from 1982 and 1983 are monument to that moment.

That Larry Deyab was not hoisted onto the shoulders of the ensuing parade is part travesty, part divine providence. That as a result he was forced to play the part of Cinderella and not only watch as other painters were feted by the likes of Mary Boones everywhere, he cleaned their brushes and mopped their studios(Bill Jensen, Ronald Bladen, Milton Resnick...).


These paintings(Larry Deyab/Paintings/early 80s NYC; October 8 - November 6, 2011; Bow Street Gallery, Harvard Square), buried in storage these 30 years, are proof that once again the art world got it wrong. What possible silver lining is there to this sad story? Why was Deyab denied, held back, thwarted, unrecognized? Tell me the good news!

It is a curious phenomenon. Artist as Job. To have suffered so as others triumphed. Will Deyab ever get the call? Like Tom Brady waited so many years ago for that one chance to shine, to march the ball down the field and score! 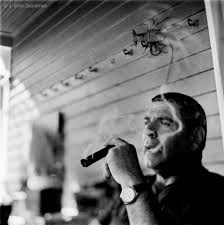 Larry Deyab sprang from modernism's foam full grown! These paintings are proof! He spoke modernism fluently, his native tongue! He spoke it with an eloquence that was understood, so that the business of postmodernism was at his feet, and he went about making the paintings that told the story of his time! Our time! It is no surprise that any artist who is of his time always appears ahead of his time to all who are actually looking back!

Dealers who were looking back because that was all they were naturally capable of, never saw him, never got him, or worse, feared him.

But look at these paintings! Almost murals really! Hanging in this abandoned building! They are perfect! They should be in a museum so that young painters can look at them the way they look at Delacroix and Matisse and Picasso and de Kooning and Pollock!

OK. I know full well that by '82/'83 it was like Times Square on the morning of January 1st. The party was over. I know, I hung New York/New Wave at PS1! But that was a free for all. A hundred factions. You had no clear voice. Instead it was Basquiat here, Duncan Hannah there, Haring and Futura over there. I made sense out of it but it was the Tower of Babel, no doubt about it. That was the whole point! Pluralism! Anarchy! Anything goes! It was deliriously breathtaking! 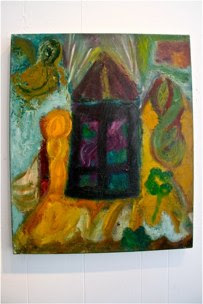 And yes, Larry Deyab was the morning after! Pick up the pieces and make a new world, and he did that. Out of paint! He did what the artist does; he went back to his cave and made cave paintings!

And assimilated it all perfectly! Not in a calculated way, but as natural as breathing! Loving breathing! Larry Deyab paints cave paintings, but make no mistake, they only look crude in that sense. They are high art. The real thing. The rare thing. The original thing. Strange and alien and fresh as it is elegant and thoughtful and whole!

Larry Deyab is all observer, and he pays attention. His paintings, then as now, are made of the stuff of life. Like Mary Shelley's monster they are fashioned from the bits and pieces he picks up in his travels about town, about the country, about the world. They seem like disparate parts, but under his expert guidance they come together in a swirl of paint, in an epiphany! Alive! 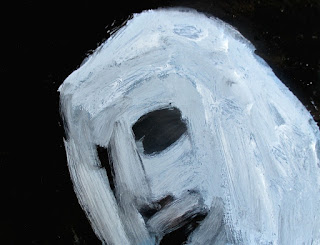 The new paintings bear this out! They would have been hanging now had Bow Street not closed. They are painted a little differently. Spray paint and enamel instead of thick oils. But the vision is the same, steadily forged by time and experience. At first glance they are nothing, a bunch of paint, and then they start to coalesce, and then just when they seem to make sense, they evaporate and we find ourselves at the bottom of the hill. 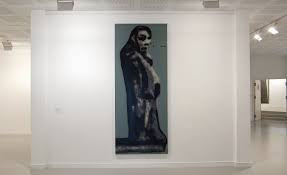 This is what he shared so well with Resnick, his paintings never stand still. They are always moving, changing, always showing you something new, something different. Then when you find them again the next day they are reborn! Remade! Alive! Ready for another dance!

All the paintings of Christ follow the stages of the cross and the latest in particular are a culmination , a post-sorrow kind of sorrow,that goes beyond ordinary human understanding.They show someone who has truly suffered.They have a different feel than the previous ones and this is the best I can do to make sense of them.