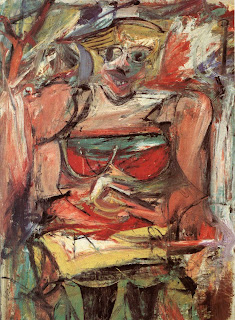 As an artist one learns very quickly to treat failure and mistakes as friends. So often you hear of the "happy accident." Artists make a special effort to incorporate what would otherwise be considered a mistake or failure and learn from it. It enlarges their experience, and it makes them brave. It explains why so many of us give up on our dream to become an artist. We can't tolerate the shame of so much disappointment. It also might explain why so many of those who do go on to be artists aren't afraid of a lifetime of failure. It is more than art being its own reward; it is more than learning to get back up after getting knocked down on a regular basis; it is the profound knowledge that we are always learning and that we and our work will be better for it, and that that is what is most important.
Posted by Addison Parks at 6:05 PM