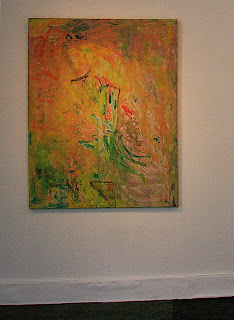 Paint, of course, isn't it. Word has it that Resnick blew his brains out. The final act. What was he doing with a gun? Still, how does that add to the story? His story. Robert Miller showed only the Fifties paintings. The pretty paintings. They were poetry. The poetry of a young man. The passion of a young man. He wasn't chosen. Like de Kooning, like Pollock, and yes, like Marden. Tough to be an old poet.
Posted by Addison Parks at 11:31 PM