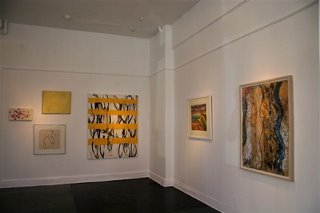 But this is the deal with artist's always getting famous after they die. It's a good thing, believe it or not. We didn't hear it all our lives for nothing. It is the way it is, and the way it is supposed to be. The exceptions are so few, much fewer than we think. There are more aspiring artists that get off the bus in New York on just one day than there are famous artists. It's a fact. Artist's are not supposed to be famous in their lifetime. It ruins them. History is littered with artists who were famous in their day and we have no idea of who they are. It is almost impossible to be famous and be an artist. It is putting the cart before the horse. There's that horse again.
Posted by Addison Parks at 6:01 PM